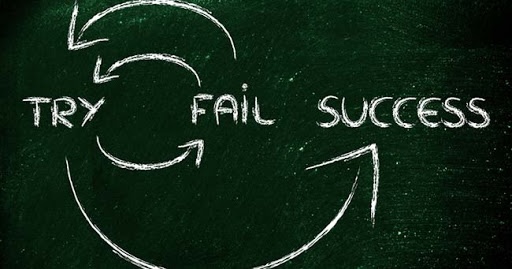 Who do you need to be?

This week Coach Travis Robertson spent some time with our associates on “belief stacking.”

As you think about your goals, ask these questions:

Who do you need to be?

What do you need to believe about yourself?

What do you need to believe about and others?

Let me tell you a story…

Maybe all his life Harlan had been too much of a hothead?

He had encountered repeated failure mainly through bullheadedness, a lack of self-control, impatience, and a self-righteous lack of diplomacy.

He was five when his dad died. With his mom taking full-time employment, Harlan learned to cook for the family.

At 14, his mother remarried – Harlan and the Stepdad did not get along – Harlan hit the road. He tried odd jobs as a farmhand, hated it. He tried being a streetcar conductor and hated that. At 16, he lied about his age and joined the army – they sent him to Cuba.

At 18, he was married, and within months, she announced she was pregnant the day he also announced he’d been fired again.

Then, one day, while he was out job hunting, his wife gave away all their possessions and went home to her parents.

He tried selling insurance, selling tires. He tried running a ferryboat. He even tried being a lawyer, yet a heated argument with his client in the courtroom ended that engagement. Simply, no good.

Harlan knew struggle, and he knew hard times. Yet – the one thing he knew –  he knew how to cook.

Later in life, he had the opportunity to run a gas station and became the chief cook at the attached restaurant in Corbin. And he did all right until a new highway was built that bypassed the restaurant.

He had not felt “old” until that day in 1956, when the postman brought his first social security check. That day, something within Harland resented and resisted.

In Corbin, his former restaurant customers said they missed him, but the government said 65 candles on the birthday cake is enough. They sent him a social security check and told him he was “old.”

He was so convicted he took his life savings and the $105 social security check and started and focused on the recipe and cooking business.

Often sleeping in the back of his car, Harlan visited restaurants, offered to cook his unique recipe, and if visitors liked it, he negotiated licensing rights. The first was in Salt Lake City, Utah.

He was creative, having modified newly released pressure cookers to reduce the cooking time of his passion while keeping quality and taste.

The company’s rapid expansion across the United States and overseas became so overwhelming for Harlen. In 1964, now 73 years old, he sold the company to a group of investors in just eight short years – in today’s dollars – for 16.5 million.

By the time of Harlen’s’ death in 1980, there were an estimated 6,000 outlets in 48 countries worldwide, with over $6.2 billion of sales annually in today’s dollars.

For the man who failed at everything except cooking – until his social security check showed up – was Harlan Sanders. Colonel Harland Sanders of Kentucky Fried Chicken.

And as Paul Harvey would say

“And now you know the rest of the story.”

Who do you need to BE to make your goals come alive?