A quick view of the most influential metrics in Lost Creek.

Lost Creek is an affluent upper-middle-class neighborhood and census-designated place (CDP) of approximately 4,500 people in Travis County, Texas, United States. The census tract is bordered by Capital of Texas Highway to the east, Barton Creek to the south, Barton Creek Boulevard to the west, and Bee Caves Road to the north. The Lost Creek CDP encompasses several small neighborhoods—Parkstone, Woods of Westlake, Camelot, and Knollwood—as well as the largest and most populous Lost Creek neighborhood.

The neighborhood is named after a secluded section of Barton Creek away from more popular portions downstream that include Barton Springs and Zilker Park.

Check out the latest demographic information available for Lost Creek.

Get to know Lost Creek better with our featured images and videos. 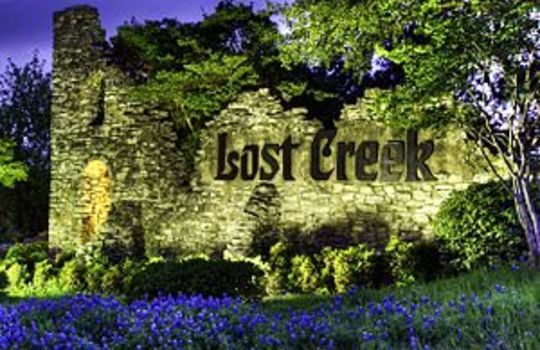 Learn more about schools near Lost Creek complete with ratings and contact information.

The Best in Lost Creek

Browse through the top rated businesses in the most popular categories Lost Creek has to offer.