A quick view of the most influential metrics in Commerce.

Commerce is a city in Hunt County, Texas, United States, situated on the eastern edge of North Texas, in the heart of the Texas Blackland Prairies, and the far northeastern part of the Dallas/Fort Worth Metroplex. The town is 66 miles (106 km) northeast of Dallas and 45 miles (72 km) south of the Texas/Oklahoma border. Commerce is the second largest city in Hunt County, with a population of 8,078 at the 2010 census and an estimated 9,091 in 2016. The city is home to Texas A&M University–Commerce, a four-year university of over 12,000 students that has been in the town since 1894. Commerce is one of the smallest college towns in Texas.

View our selection of available properties in the Commerce area.

Check out the latest demographic information available for Commerce.

Get to know Commerce better with our featured images and videos. 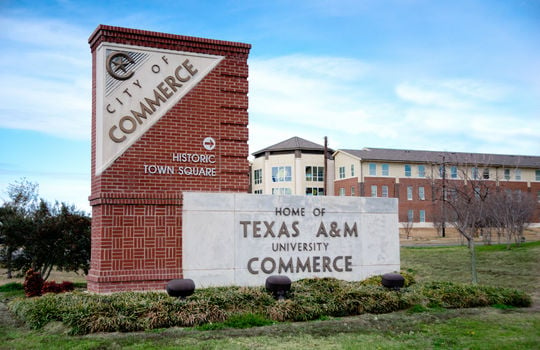 Learn more about schools near Commerce complete with ratings and contact information.

The Best in Commerce

Browse through the top rated businesses in the most popular categories Commerce has to offer.