A quick view of the most influential metrics in Denton.

A Texas land grant led to the formation of Denton County in 1846, and the city was incorporated in 1866. Both were named after pioneer and Texas militia captain John B. Denton. The arrival of a railroad line in the city in 1881 spurred population, and the establishment of the University of North Texas in 1890 and Texas Woman’s University in 1901 distinguished the city from neighboring regions. After the construction of Dallas/Fort Worth International Airport finished in 1974, the city had more rapid growth; as of 2011, Denton was the seventh-fastest growing city with a population over 100,000 in the country.

Located on the far north end of the Dallas–Fort Worth metroplex in North Texas on Interstate 35, Denton is known for its active music life; the North Texas State Fair and Rodeo, Denton Arts and Jazz Festival, and 35 Denton Music Festival attract over 300,000 people to the city each year. The city experiences hot, humid summers and relatively few extreme weather events. Its diverse citizenry is represented by a nonpartisan city council, and numerous county and state departments have offices in the city. With over 45,000 students enrolled at the two universities located within its city limits, Denton is often characterized as a college town. As a result of the universities’ growth, educational services play a large role in the city’s economy. Residents are served by the Denton County Transportation Authority, which provides commuter rail and bus service to the area.

View our selection of available properties in the Denton area.

Check out the latest demographic information available for Denton.

Get to know Denton better with our featured images and videos. 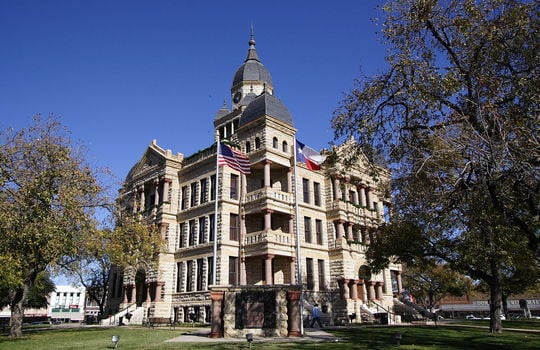 Learn more about schools near Denton complete with ratings and contact information.

The Best in Denton

Browse through the top rated businesses in the most popular categories Denton has to offer.