A quick view of the most influential metrics in Fate.

Fate is a fast-growing city located in the center of Rockwall County, Texas, United States, and is about 10% of the population of Rockwall county. The 2010 National Census data identified the City of Fate as the fastest-growing city in the state of Texas for the past decade, and one of the fastest-growing cities in the United States. The population in 2010 was 6,357, up from 602 in 2000; a 1,179.1% increase during that decade. Based on building permits and current utility bills, the City’s population is now estimated to be 6,900 as of August, 2012. This population boom is expected to continue, topping the 10,000 population mark sometime in 2013.

The City of Fate is known for its family-friendly community, active neighborhoods and high quality of life. The city organization operates under a Council-Manager form of government through a Home Rule Charter. The six City Council members and Mayor are elected at-large.

View our selection of available properties in the Fate area.

Check out the latest demographic information available for Fate.

Get to know Fate better with our featured images and videos. 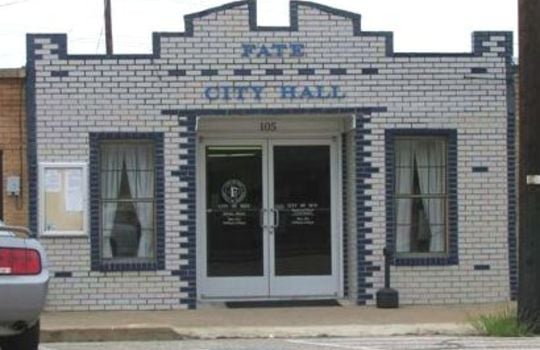 Learn more about schools near Fate complete with ratings and contact information.

The Best in Fate

Browse through the top rated businesses in the most popular categories Fate has to offer.