A quick view of the most influential metrics in Flower Mound.

Flower Mound is an incorporated town located in Denton and Tarrant counties in the U.S. state of Texas. Located northwest of Dallas and northeast of Fort Worth adjacent to Grapevine Lake, the town derives its name from a prominent 12.5-acre (5.1 ha) mound located in the center of town.

After settlers used the site for religious camps during the 1840s, the area around Flower Mound was first permanently inhabited in the 1850s; however, residents did not incorporate until 1961. Although an effort to create a planned community failed in the early 1970s, Flower Mound’s population increased substantially when Dallas/Fort Worth International Airport opened to the south in 1974. As of the 2010 United States Census, the population was 64,699, reflecting a 28% increase over the 50,702 counted in the 2000 Census. Flower Mound is the largest town in terms of population in Texas, and the only town with a population greater than 20,000.

Flower Mound’s municipal government, operating under a council–manager system, has invested in a public park system highlighted by an extensive network of trails. The town’s public schools comprise part of the Lewisville Independent School District. With its moderately affluent population and proximity to the Dallas–Fort Worth metroplex, Flower Mound has used a smart growth system for urban planning, and has recently experienced more rapid light industrial growth to match the growing needs of the primarily residential community. In 2012, Flower Mound was ranked at #8 as one of the Best Dallas Suburbs according to D Magazine.

View our selection of available properties in the Flower Mound area.

Check out the latest demographic information available for Flower Mound.

Get to know Flower Mound better with our featured images and videos. 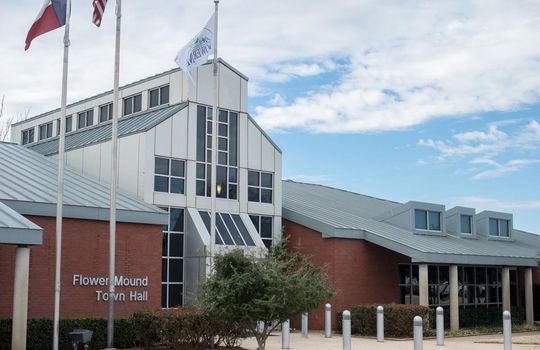 Learn more about schools near Flower Mound complete with ratings and contact information.

The Best in Flower Mound

Browse through the top rated businesses in the most popular categories Flower Mound has to offer.