A quick view of the most influential metrics in Little Elm.

Little Elm is a city in Denton County, Texas, United States, and a part of the Dallas-Fort Worth Metroplex. It is an extended suburb of Dallas. The population was 3,646 at the 2000 census. By the 2010 census, the city total had jumped to 25,898, making Little Elm one of the fastest growing municipalities in Texas since 2000 in terms of percentage. At the entrance to the city limits, population signs reflect a size of more than 31,000 as of 2013.

View our selection of available properties in the Little Elm area.

Check out the latest demographic information available for Little Elm.

Get to know Little Elm better with our featured images and videos. 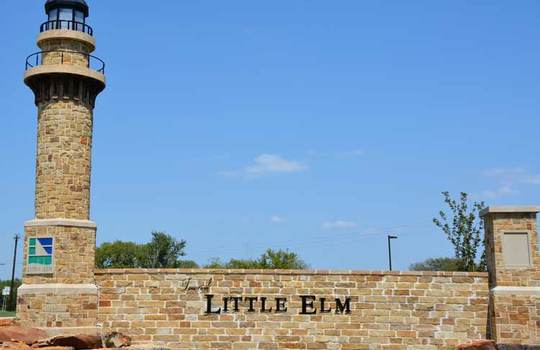 Learn more about schools near Little Elm complete with ratings and contact information.

The Best in Little Elm

Browse through the top rated businesses in the most popular categories Little Elm has to offer.