A quick view of the most influential metrics in Nevada.

Nevada is a city in Collin County, Texas, United States. The population was 822 at the 2010 census. First settled in 1835 by John McMinn Stambaugh and named “McMinn Chapel”, the area was settled by Granville Stinebaugh, who named it after the Nevada Territory. Nevada enjoyed some prosperity after becoming a stop on the St. Louis Southwestern Railway, and the town incorporated in 1889.

On 9 May 1927, a half-mile-wide F4 tornado ripped through Nevada, leaving 19 dead, 100 injured, and property damage exceeding $650,000. The town had a difficult recovery; citizens voted to unincorporate, and placed the restoration of the community in the hands of the Collin County authorities. However, the growing mechanisation involved in agriculture, along with the Great Depression, caused the town to fall into stagnation. The railroad later removed its tracks from the area.

Recent growth in Collin County during the last 25 years has moderately improved life in Nevada. The population has again reached the heights of 1927, and the town reincorporated in 1988.

View our selection of available properties in the Nevada area.

Check out the latest demographic information available for Nevada.

Get to know Nevada better with our featured images and videos. 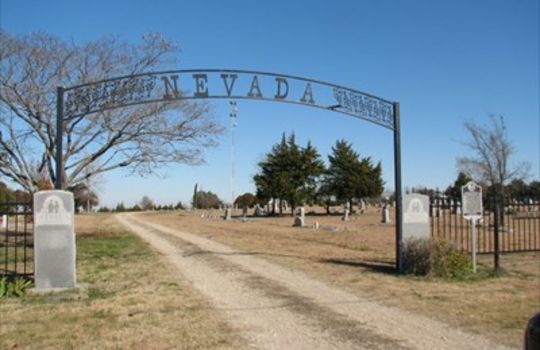 Learn more about schools near Nevada complete with ratings and contact information.

The Best in Nevada

Browse through the top rated businesses in the most popular categories Nevada has to offer.