A quick view of the most influential metrics in The Colony.

Learn more about The Colony

The Colony is a city in Denton County, Texas, United States, and a suburb of Dallas. The population was 36,328 at the 2010 census.

The Colony is home to the Five Star Athletic Complex, completed in 2003. The Colony was named the Sports Illustrated 50th Anniversary Sports Town of The United States in that same year. The city is home to Pizza Inn’s corporate headquarters, as well as an Edward Don distribution center and a variety of small and medium-sized businesses. The Grandscape development, anchored by Nebraska Furniture Mart, is driving a new development boom in the city.

Located on the southeast side of the city, across Sam Rayburn Tollway from the larger part of the city, is Austin Ranch, a mixed-use development consisting of retail businesses, apartments and condominiums.

Properties in The Colony

View our selection of available properties in the The Colony area.

View All The Colony Listings

Check out the latest demographic information available for The Colony.

Let's Chat About The Colony

Get to know The Colony better with our featured images and videos. 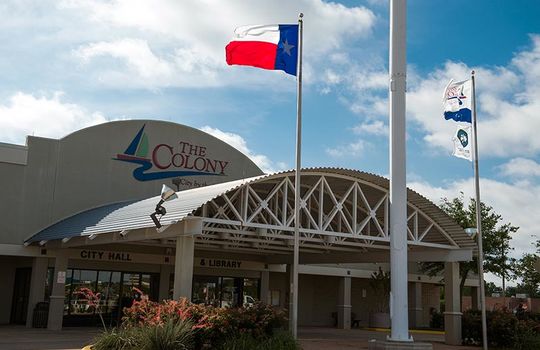 Learn more about schools near The Colony complete with ratings and contact information.

The Best in The Colony

Browse through the top rated businesses in the most popular categories The Colony has to offer.