A quick view of the most influential metrics in Sugar Land.

Sugar Land is a city in Fort Bend County, Texas, United States, located in the southwestern part of the Houston–The Woodlands–Sugar Land metropolitan area. Located about 19 miles (31 km) southwest of downtown Houston, Sugar Land is a populous suburban municipality centered around the junction of Texas State Highway 6 and U.S. Route 59. Beginning in the 19th century, the present-day Sugar Land area was home to a large sugar plantation situated in the fertile floodplain of the Brazos River. Following the consolidation of local plantations into Imperial Sugar Company in 1908, Sugar Land grew steadily as a company town and incorporated as a city in 1959. Since then, Sugar Land has grown rapidly alongside other edge cities around Houston, with large-scale development of master-planned communities contributing to population swells since the 1980s.

View our selection of available properties in the Sugar Land area.

Check out the latest demographic information available for Sugar Land.

Get to know Sugar Land better with our featured images and videos. 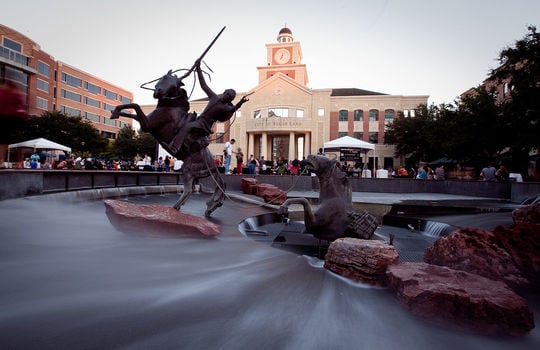 Learn more about schools near Sugar Land complete with ratings and contact information.

The Best in Sugar Land

Browse through the top rated businesses in the most popular categories Sugar Land has to offer.